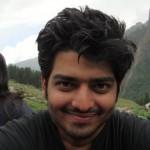 Jigar ‘Silent Horror’ Shah is a psychedelic trance producer based in Pune, India. Having developed a very distinct sound, Jigar’s music quickly became very sought-after which in turn resulted in dozens of tracks coming out on various labels in the following years. Years of work finally paid off and his debut album, Nemesis, was put out in September 2007.

In February 2009, Jigar put out a CD EP, Patterns EP, which was based on the concept of releasing his latest sounds in a limited edition only. Four years after the release of his debut album, Seance was delivered to shops worldwide, which may well be the first psychedelic trance album ever written and produced at sea.