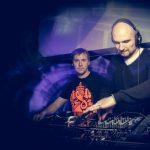 Propagul is the project of two talented musicians from Russia, Moscow (Evgeniy and Maxim). Both started their musical experience long time ago and step by step were developing their skills in making tunes as well as djing on different parties and festivals.

Evgeniy and Maxim started their psychedelic journey as two separate projects Kiru and Maximus, made lots of tunes and released many tracks on different labels such as DARK recs, Triplag music, Blitz Studios, made solo and split albums. After some years of working under solo projects they meet each other in the scene and decided to make collaborated project named PROPAGUL – its mainly forest vibes style expressing some life experience. Now guys are doing some stuff for different labels such as Digital Shiva Power, Mighty Quinn and preparing an album for Insomnia records as well as doing some collaboration with other musicians all around the world. PROPAGUL project performs in Russia ,CIS and European countries at the moment.