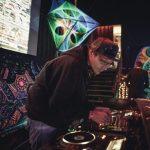 …a long time ago in a Russian psygalaxy far, far away was detected a pioneer and ardent activist of night soundscape.

His interstellar ship has been based in the epicenter of Russian space – Moscow, where were realized plenty of parties by his sensitive board.

In 2012 the Andre’s trajectory intersected the Insomnia rec. path, merged together and became one family.

Being the refurbished C-3PO ver.7.2 with precise musical selection his DJ sets are charged with hypnotic leads, organic tunes and wobbling baseline, that save people and restore freedom to the galaxy of dance floor.