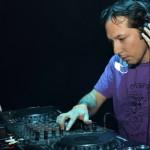 Dimitris Papapavlos aka Kaos is a psy trance music producer born in 1979 in Greece.

Motivated and inspired by psychedelic trance parties and culture since the middle 90’s, he started exploring the world of computer music in 2004, after some time his first solo release “the dragon and the beast” came out in 2008 in Goanmantra rec. compilation “Psynostra”.

A split album with Stranger (Strange Kaos – Above the World) is already out by Goanmantra rec.